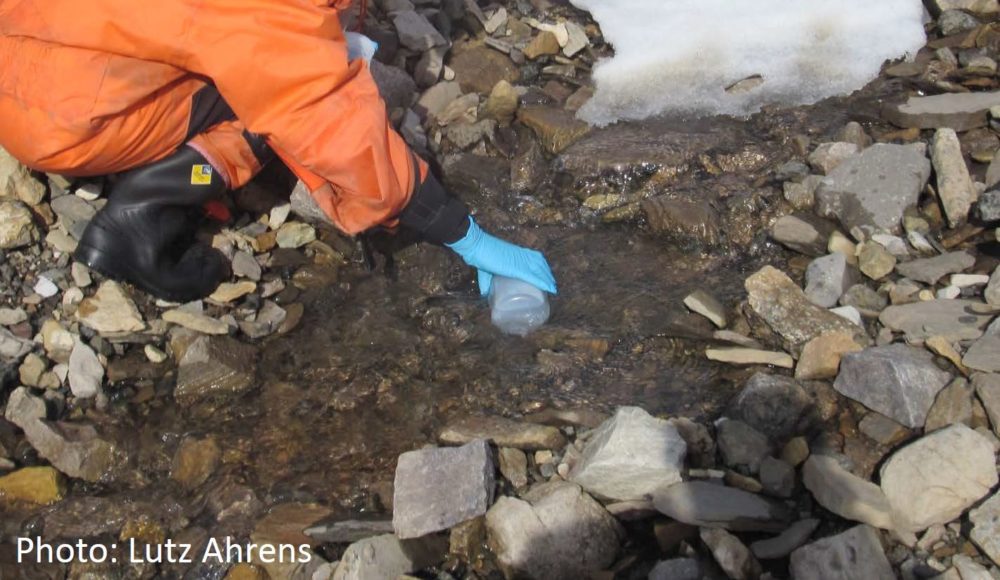 PFASs have received increasing public attention due to their persistence, bioaccumulative potential, and possible adverse effects on humans and wildlife, including in remote regions such as the Arctic. However, we need more information on the local sources of PFASs at Svalbard and also an estimation of the source emissions into the ecosystem.

In the project, PFASs were investigated in water, snow, sediment, soil and biota on the Svalbard archipelago. In remote and coastal areas, meltwater had the highest average total PFAS concentration indicating that atmospheric deposition is an important diffuse local PFAS source.

Perfluoroalkyl sulfonates (PFSAs) and 6:2 fluorotelomer sulfonate (FTSA) were identified as predominant in local water and soil, impacted by potential local primary sources, while perfluoroalkyl carboxylates (PFCAs) were highly abundant in water and sediment from a background area on Svalbard.

Waste water, fire fighting training sites at airports and landfills were identified as the main local sources and treatment techniques needs to be improved in the future.

For more information about the project – see the final report and the photo documentation enclosed.