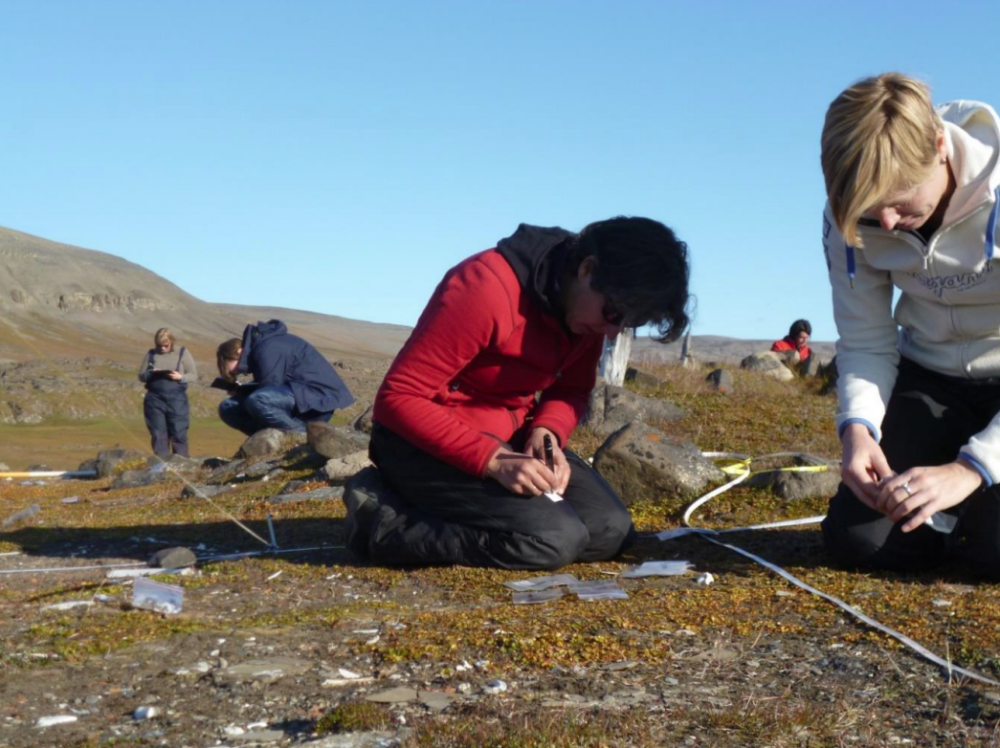 The project investigated a small aspect of the lasting environmental impact of the Russian Pomors on Edgeøya. In effect a pilot study, the fieldwork moved away from narrowly investigating structural remains to looking at the archaeological landscape as a whole. It employed geochemical survey at Dolerittneset and Kraussbukta, a method seldom used in Svalbard, to answer the underlying question: where did the Pomors do what? The main results were:

a) At Dolerittneset, the distribution of total soil phosphorus at surface level successfully established distinct areas of human activity around the former Pomor hut. These were interpreted as zones of butchering and processing of animals and probable zones of waste disposal.

b) At Kraussbukta, the site was heavily vegetated and it was not possible to identify the cultural layers at depth. Subsequently, the wrong layers may have been sampled. Although the enrichment of total soil phosphorus was probably anthropogenic, its distribution was inconclusive.

c) The geochemical survey worked well on its own. In future, control samples must also be taken further afield to establish a regional baseline value and the grid sizes must be expanded to define the boundary of the archaeological site and reach beyond the zone of anthropogenic influence.

d) The geochemical survey worked extremely well in conjunction with visual survey (surface assemblages of animal bones, density of vegetation cover) and topographic survey, providing much new and exciting data. Due to the presence of iron in the bedrock and the sensitivity of nearby walrus to the beeping, metal detecting was cancelled.

The invertebrate fauna of Edgeøya