Coal particles in snow near operating coal mine in Longyearbyen. Photo: Anna Abramova

Both the historical and actual sources at both locations are identified and evaluated.

During field excursions in 2013-15, snow and soils in the areas of potential impact and reference locations were sampled for further analyzing the wide range of contaminants including trace metals and polycyclic hydrocarbons. Morphological properties of soils were also examined and the landforms relating to accumulation, degradation and transport of pollutants were identified. Snow sampling was combined with morphological observations as well as thickness and density measurements. 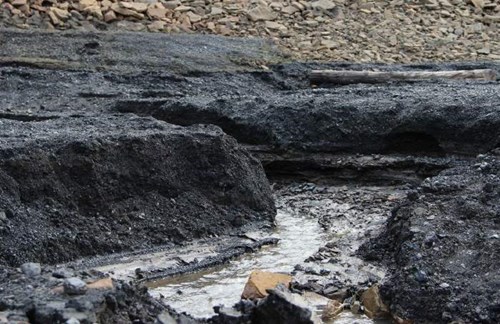 Coal particles can contain dangerous substances, for example TM and PAHs, which accumulate in landscapes and are eroded by slope processes and temporary streams. Photo: Anna Abramova.

Analysis of spatial distribution of airborne coal particles in snowpack demonstrates the influence of local sources over long-range of transportation pollution. The airborne particulate matter in snow samples contains a wide range of carcinogenic and mutagenic compounds including one of the most harmful types such as Benzo(a)pyrene.

The results of pollution concentrations obtained from experiments demonstrate the need to identify local sources of contamination and to develop environmental monitoring networks. 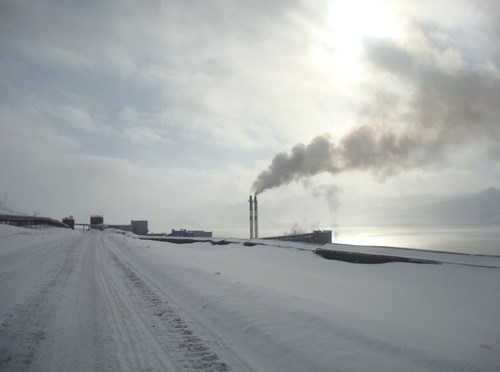 Read more about the project and its results in the final report.