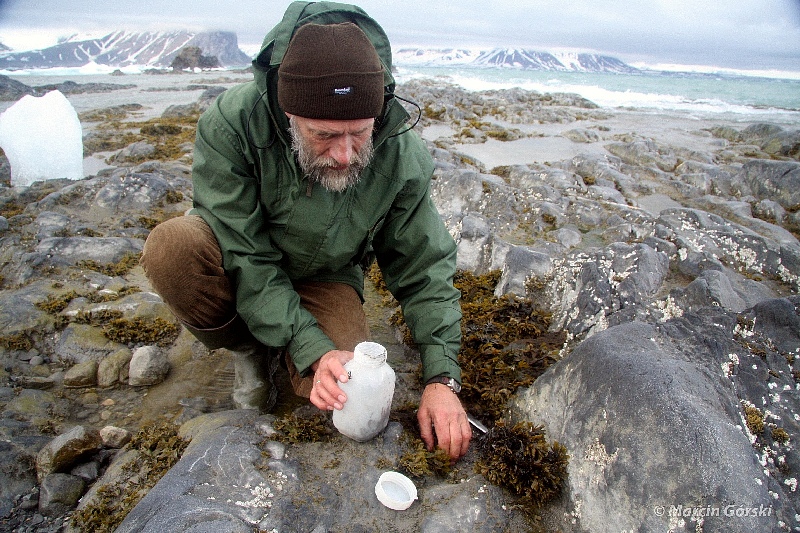 If the west (Atlantic coast) is colonised with cold water species G. setosus, it means that its boreal counterpart G. oceanicus crawls slowly along the coast of West Spitsbergen, and was not able to colonise the outer Island coast yet. If the opposite is true, it is likely, that Gammarus oceanicus is supplied from the Norway and West European mainland with the sea currents (e.g. riding on the litter drifting along).

The main conclusion show that Prins Karl Forlandet is colonised mainly with boreal Gammarus oceanicus, with few isolated locations where local, arctic Gammarus setosus prevails. As the arctic species is still present on the West coast of the island, exposed for the strongest Atlantic waters influence, it more likely, that the boreal species is colonising the island slowly, crawling from the outer part of Isfjorden. The genetic analyses are underway and will help to final answer.

Macroplastic debris of various kind (fishing gear, plastic foil, containers, bags, cosmetics, shoes) is present in substantial amount from the water line to the nearby tundra.

Some of the litter (mainly large plastic containers) are carrying encusting plants and animals not native to Svalbard (Cirripedia – 3 species, Bryozoa 2 species, blue shell and other two bivalves, gastropods eggs). As the „traditional” litter (wood and fishing gear) is not carrying encrusting organisms, the macroplastic becomes an new and fast vector of southern species dispersal.

Exceptional was the finding of the yellow rubber duck on the NW corner of the Island – the toy from the load of 29.000 others who were washed in central Pacific in 1992, and afterwards drifted around the globe – last one was found in Scotland in 2007.